R-CALF USA To Cattle Producers: Congress and the President Are Failing America’s Ranchers 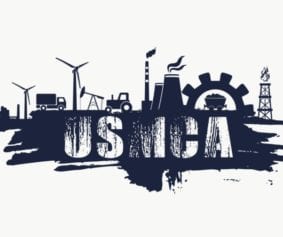 Polo, S.D. – At a meeting held yesterday, R-CALF USA CEO Bill Bullard told Polo, South Dakota area cattle producers that both Congress and the President are failing America’s ranchers by supporting the United States-Mexico-Canada Agreement (USMCA), which he said is certain to accelerate the destruction of the American cattle industry as we know it today.

In a presentation titled “Why America is Losing Its Ranches,” Bullard provided detailed charts produced from U.S. Department of Agriculture (USDA) data that show that the 25-year-old NAFTA has systematically dismantled the industry’s competitive marketing channels, meaning the critical infrastructure needed to sustain industry competition.

“This means the U.S. cattle industry has lost the critical mass of critical market infrastructure it needs to absorb the shocks of another bad trade agreement. America’s cattle industry is now far more susceptible to price depressing, cheaper and undifferentiated imports than it was when NAFTA was first implemented.

Bullard explained that this is the reason the USMCA will have a far more disastrous impact on the U.S. cattle industry than was caused by the original NAFTA.

Just prior to the meeting, R-CALF USA issued an action alert to its thousands of cattle-producing members urging them to call their U.S. Representatives to tell them to vote “No” on the USMCA unless Congress first affords them with the reinstatement of mandatory country-of-origin labeling (COOL) for beef.

Bullard said that only with mandatory COOL can America’s ranchers even begin to compete with the growing volumes of price-depressing, cheaper and undifferentiated foreign cattle and beef that the USMCA will cause to be imported into the U.S. market.

“This is serious, and we must tell Congress that they must now choose to either continue supporting the financial interests of self-serving, multinational corporations by supporting the USMCA, or begin supporting American consumers and American ranchers. So far they are failing us all,” Bullard concluded.