Statement on the House Passage of USMCA 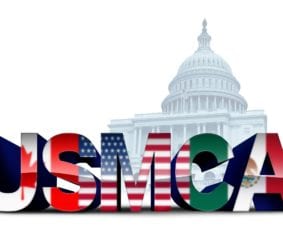 Billings, Mont. – R-CALF USA, the nation’s largest producer-only cattle trade association that lobbies on behalf of America’s cattle farmers and ranchers issued the following statement on today’s passage of the United States Mexico Canada Agreement (USMCA) in the U.S. House of Representatives. The USMCA, same as its predecessor the North American Free Trade Agreement (NAFTA), does not require beef derived from Mexican or Canadian cattle to bear a label of origin at retail sale in our domestic marketplace.

“We are extremely disappointed but not at all surprised that it is business as usual in the House of Representatives. They continue to support the financial self-interests of multinational corporations while harming American consumers and independent cattle producers.

“But it isn’t over yet, we will now shift our focus on the Senate and meanwhile, we know that our efforts have significantly elevated the awareness that mandatory Country-of-Origin Labeling (COOL) for beef must be restored and we will not rest until it is.

“The longer Congress and the president stall to reinstate mandatory COOL for beef more and more of America’s largest segment of agriculture, the U.S. cattle industry along with economic opportunities for independent cattle producers, will be transferred to other countries; thus depriving rural America of its economic benefits.