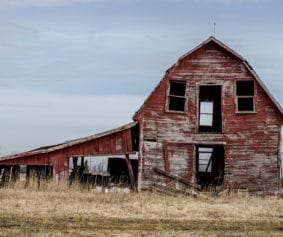 “Once again the House of Representatives and the White House have reached an agreement on a measure that will provide windfall profits for Agribusiness giants at the expense of America’s hard-working cattle farmers and ranchers.

“Although the U.S. cattle industry is the largest segment of American agriculture, making it an unsurpassed economic cornerstone for Rural America, the proposed USMCA does absolutely nothing to change provisions impacting cattle and beef trade between the United States, Canada and Mexico.

“In fact, the new USMCA is worse than the old NAFTA because at least for several years during the old NAFTA American cattle farmers and ranchers received the tool they needed to finally compete against the growing volume of cheaper imported beef and cattle from Canada and Mexico. From 2013 through 2015, mandatory country-of-origin labels for beef empowered America’s cattle producers to finally begin competing against this growing tide of cheaper, undifferentiated foreign beef.

“We’ve asked Congress and the President to, at the very least, restore mandatory country-of-origin labels (COOL) so American cattle farmers and ranchers could compete against the duty-free, cheaper and undifferentiated cattle and beef flowing into our country and depressing our markets.

“We should now expect the downward trends caused by NAFTA to continue, if not accelerate, under the USMCA. Under NAFTA, we lost 20 percent of our cattle operations, wiped out 75 percent of our farmer-feeder-type feedlots, reduced our herd size by millions of head of cattle, and we’ve eliminated opportunities for current and aspiring cattle producers alike with the burden of a horrendous trade deficit in the trade of cattle and beef with Canada and Mexico.

“We urge Congress to vote the USMCA down in its present form.”