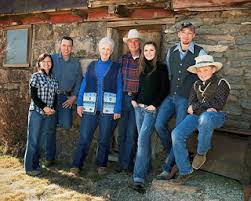 “We are thankful for President Trump’s pardon of Dwight and Steven Hammond. Their lengthy incarceration was viewed by many in the cattle industry, including us, as unjust and unwarranted.

“We are well aware that the Bureau of Land Management (BLM), the agency that brought charges against the Hammonds, has been systematically eliminating both grazing opportunities and ranchers from federally managed lands. In a separate case also involving the BLM, and one that occurred around the same timeframe as the Hammonds’ case, a federal district court found the BLM had engaged in an intentional conspiracy to deprive a rancher of his permits and water rights. The court found that the government’s behavior directed toward the rancher “shocks the conscience of the Court.”

“We believe the government’s behavior against the Hammonds was similarly shocking and we initiated a social media effort to assist other individuals and organizations, including Protect the Harvest and the Oregon Cattlemen’s Association, in calling upon President Trump to pardon the Hammonds.

“We welcome the Hammonds back home to their ranch and wish them the very best in getting their lives and their ranch back on track.”