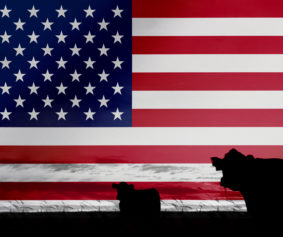 Billings, Mont. – On December 30, 2019, the U.S. Department of Agriculture (USDA) issued a proposed rule to reapportion the Beef Checkoff Program’s Cattlemen’s Beef Board (CBB). The proposed rule reveals that importers control more cattle inventories than any state in the United States except Texas.

According to the proposed rule, importers now control about 6.9 million cattle in the U.S. market. Only the state of Texas, which controls about 12.6 million cattle exceeds the importers’ control. Neither Kansas nor Nebraska, which are the nation’s second and third top cattle inventory states, can compete with the importers’ dominant control.

According to R-CALF USA, the combination of cattle and beef imports represent the largest agricultural commodities imported from Canada and Mexico. R-CALF USA CEO Bill Bullard said USDA data show the U.S. imported $4.1 billion in cattle and beef from Canada and Mexico in 2018, which far surpasses the second-place agricultural import that year, malt beverages at $3.7 billion.

Bullard says the importers dominant control over cattle inventories in all but one state affords them extraordinary influence in both Congress and the Administration, enabling them to drown-out the voices of United States cattle farmers and ranchers.

“It’s disheartening that Congress and the Administration are listening to importers while ignoring hard-working U.S. cattle farmers and ranchers. The $4.1 billion of imported, cheaper cattle and beef from Canada and Mexico is being sold to consumers across the U.S. without disclosing their foreign origins. This prevents consumers from choosing to support United States cattle farmers and ranchers through their purchases,” Bullard said.

“U.S.-Mexico-Canada Agreement (USMCA) supporters and the Administration only disclose the roughly $1.9 billion in cattle and beef exports to Canada and Mexico and convey that this is good for U.S. cattle farmers and ranchers; yet they fail to mention the $4.1 billion in imports that completely overwhelm our exports.” He continued, “This is wrong.”

Bullard said cattle and beef importers are vehemently opposed to mandatory country-of-origin labeling (COOL) because they do not want consumers to know the origins of their cheaper-sourced products. He said their overwhelming influence in Washington, D.C. helps explain their success in preventing the inclusion of COOL in the USMCA, which recently passed overwhelmingly in the U.S. House of Representatives.

“United States cattle farmers and ranchers must now focus on the U.S. Senate to attempt to overcome the importers’ undue lobbying influence that prevented the restoration of COOL for beef in the U.S. House’s version of the USMCA,” Bullard concluded.