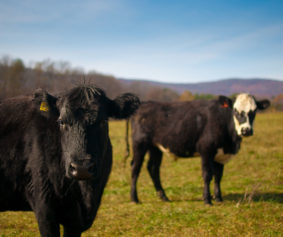 The Ranchers-Cattlemen Legal Action Fund, United Stockgrowers of America (R-CALF USA) and Cattle Producers of Washington (CPoW) have filed a lawsuit in the United States District Court for the Eastern District of Washington Monday against the U.S. Department of Agriculture. The suit alleges that USDA regulations that allow beef and pork to be classified as “domestic products,” even when those meat products are imported from other countries, confuse consumers and harm American farmers.

Public Justice and the Terrell Marshall Law Group filed the complaint , arguing that the USDA regulations violate the text of the Meat Inspection Act. The Act requires that the more than 800 million pounds of beef born, raised and slaughtered annually in other countries and then imported to the United States should include labeling indicating the meat’s country of origin.

Under current USDA rules, however, multinational companies can sell meat raised and slaughtered abroad with a “Product of USA” label alongside truly domestic products raised by U.S. ranchers. Country-of-Origin Labeling (COOL), when properly implemented, helps cut through this labeling confusion and allows customers to select domestic goods, if they prefer, which in turn rewards producers who work within domestic laws and regulations.

In addition to the regulatory changes this suit demands, COOL is also expected to be an issue in the NAFTA re-negotiations President Trump has told Congress he plans to undertake. NAFTA currently restricts labeling on imported live cattle and hogs from Canada and Mexico, even though more than 90 percent of consumers say they want to know whether the meat they eat was born, raised, or slaughtered abroad.

“Consumers understandably want to know where their food comes from, and proper labeling would not only allow consumers to make informed choices at the market, but would also be a boon for American farmers,” said David Muraskin, a Food Safety and Health Attorney at Public Justice. “With this suit, we’re fighting policies that put multinational corporations ahead of domestic producers and shroud the origins of our food supply in secrecy.”

“The current Administration has talked a lot about supporting U.S. workers and creating U.S. jobs. Its policy on meat labeling, however, gives multinational companies an unfair advantage over ranchers whose products are raised and slaughtered here at home,” said Beth Terrell of Terrell Marshall Law Group. “The USDA should return to common sense labeling that gives consumers truthful information and U.S. ranchers a fair shake in the marketplace. Farmers and families should both be able to expect the U.S. government will be on their side.”

The USDA previously required Country-of-Origin Labeling, even acknowledging that the policy corrected the conflict between its rules and the requirements of the Meat Inspection Act. However, in 2016, it reverted to its previous regulations, allowing imported meat to be passed off as domestic products. When COOL is not properly applied to imported meat and livestock, domestic ranchers and farmers tend to receive lower prices for their meat because multinational companies can import meat and misleadingly present it as homegrown, rather than paying domestic producers for their products.

“Transnational beef packers are supplanting U.S. beef production with imported beef, including from countries with questionable food safety practices,” said Bill Bullard, CEO of R-CALF USA. “Unfortunately, our U.S. Department of Agriculture is helping them by making sure consumers cannot distinguish imported beef from USA beef. This is harming America’s farmers and ranchers and is not what Congress intended. We hope our lawsuit helps U.S. consumers choose to buy American beef.”

Scott Nielson, president of CPoW, echoed that sentiment: “Cattle Producers of Washington proudly raise a safe wholesome product under the rules and regulations required by our lawmakers. We should not be forced to compete with beef from other countries that do not have the same health and safety standards without the ability to allow the American consumer to make an informed decision about what they are feeding their families.”