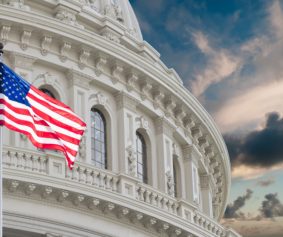 The new USMCA, however, makes no changes in the trade of cattle and beef, even though the U.S. cattle industry is the largest segment of American agriculture and the combination of cattle and beef are the leading agricultural import from Canada and Mexico.

R-CALF USA urged Trump to modernize the cattle and beef trade in the USMCA to enable America’s cattle farmers and ranchers to compete against the growing volumes of cattle and beef imports from Canada and Mexico, which are direct product substitutes for American cattle and beef products.

The group specifically asked Trump to include a Mandatory Country-of-Origin Labeling (M-COOL) requirement in the USMCA to require all beef sold at retail stores to bear a consumer label disclosing the countries from where the beef animal had been born, raised and slaughtered.

R-CALF USA tied its USMCA request to Trump’s 2017 Buy American Hire American Executive Order explaining that Americans cannot choose to buy American beef without a label disclosing which beef is American and which beef is imported.

But, while R-CALF USA argued America’s cattle farmers and ranchers will continue to be harmed, representatives of the concentrated beef packing industry argued that disclosing the origins of beef to consumers would hurt their profits.

“And, they won this round,” said Bullard adding, “The multinational beef packers will continue exploiting the reputations of America’s cattle farmers and ranchers by importing cheaper, undifferentiated beef and selling that beef to unsuspecting consumers who are led to believe the imported beef was born, raised and slaughtered right here in America.

“Unfortunately, just as consumers cannot yet distinguish domestic beef from foreign beef, the President and his administration has not yet distinguished the economic interests of America’s cattle farmers and ranchers from those of the multinational beef packing complex,” Bullard commented.

According to Bullard, the ongoing, unabated negative trade balance is causing the U.S. cattle industry to shrink, which is putting a severe strain on Rural America. He said the group must now rely on Congress to pass legislation to fix what he calls the glaring deficiency in the USMCA.

“We will now go to Congress for help in mitigating the harm the USMCA will continue to cause Rural America by seeking legislation to require Mandatory Country-of-Origin Labeling for all beef sold in America,” Bullard concluded.