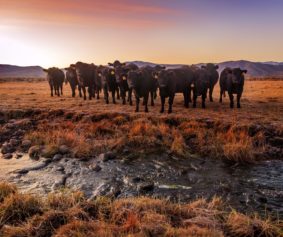 The magistrate judge essentially found that while the USDA has been violating the Constitution in its operation of the beef checkoff program, the agency took steps to correct its violation after, and in direct response to, R-CALF USA’s lawsuit.

A key issue in the case is whether the speech of the 15 state beef checkoff councils, which cattle producers finance through their mandatory checkoff dollars, is private speech or government speech. R-CALF USA’s position is that the 15 state beef councils are private corporations expressing private speech and compelling cattle producers to fund that speech is unconstitutional.

According to R-CALF USA CEO Bill Bullard, the USDA and the 15 private state beef councils realized they had been caught violating the constitutional rights of cattle producers and scrambled to correct their violation.

Bullard said their strategy, which unfolded well after the lawsuit was filed, was an attempt to convert the council’s heretofore private speech into government speech, in hopes they could correct their decades-long violation of the Constitution. To accomplish this, the USDA entered into contractual agreements called memorandums of understandings (MOUs) with each of the 15 state beef councils. The MOUs purportedly give the federal government control over each of the 15 state beef councils.

The magistrate judge then found that because of these recently executed MOUs with each of the 15 state beef councils, the speech of those councils is now the government’s speech and no longer that of private corporations.

“We continue to disagree that the execution of these 15 MOUs is sufficient to remedy the USDA’s 30-plus years of violating the Constitution,” said Bullard adding, “We will now submit our formal objections to the U.S. federal court judge and trust he will analyze this issue carefully.”

Bullard said that despite this setback, there is no question that his group’s lawsuit has achieved reforms over the beef checkoff’s operations.

“What our lawsuit also caused was the USDA’s issuance of a final rule that allows cattle producers in every state to redirect their mandatory checkoff dollars away from the state beef councils that continue to use their money to fund the activities of third parties, like the NCBA (National Cattlemen’s Beef Association) and the USMEF (U.S. Meat Export Federation), two entities that continually lobby for the consolidation of the U.S. cattle industry,” Bullard concluded.