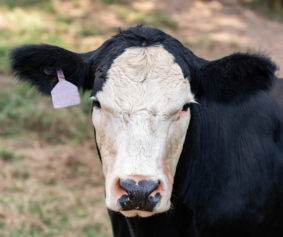 Billings, Mont. – On Friday, Harriet Hageman, Senior Litigation Counsel for the New Civil Liberties Alliance, filed a new motion in the Wyoming federal district court on behalf of R-CALF USA and ranchers Tracy and Donna Hunt and Kenny and Roxy Fox. The new motion reveals that despite the U.S. Department of Agriculture’s (USDA’s) assurances to the court that it is no longer pursuing its RFID mandate, and will not initiate any plans to do so without first providing America’s cattle producers with a lawful notice and opportunity to comment, a recently published article under the USDA’s control continues to promote those requirements and another such article is scheduled for publication next month.

In October 2019 the ranch group filed a lawsuit alleging that the USDA had unlawfully issued a mandate to require cattle producers to begin using by January 1, 2023, RFID eartags on every head of adult cattle shipped across state lines. Shortly thereafter the USDA withdrew the RFID mandate and asked the court to dismiss the case on the grounds that, having withdrawn the requirement, the case was now moot.

The court agreed that USDA’s withdrawal of its mandate had effectively eliminated the controversy between the parties, and it issued an order dismissing the case. However, an almost identical document describing the USDA’s RFID mandate was published in the February 2020 edition of the Nebraska Cattleman. The February document, replete with official USDA letterhead and logo, states that the RFID mandate would now take effect as part of “Phase 3” of the agency’s plan for implementing the use of mandatory RFID technology.

Hageman’s most recent motion asks the court to reconsider its previous order to dismiss the case in light of this new information that demonstrates the USDA continues to move forward with a plan to mandate RFID, that it has refused to take steps to prevent the publication of this misinformation, and that it has utterly failed to properly notify the public that the RFID requirement has been withdrawn. Hageman states that USDA’s actions are contrary to its prior assurance to the court that no such plans would be pursued without following the lawful notice and comment rulemaking process.

“The USDA’s unwillingness to fix this problem speaks volumes. We are frustrated by the agency’s refusal to ensure that livestock producers, States and other stakeholders are aware of the fact that there is no RFID mandate in place. The USDA seems to be intentionally creating confusion when it should be clear that the 2013 Regulation governs animal identification and that the agency has no legal authority to require the producers to do something else.” Hageman said.

“We’re somewhat at a loss to understand the USDA’s caviler attitude toward this blatant example of a federal agency that believes it is above the law and can infringe upon the rights, liberties and freedoms of America’s cattle producers with impunity,” said R-CALF USA Bill Bullard adding, “We hope our federal court system will apply adequate checks to rein in this agency.”