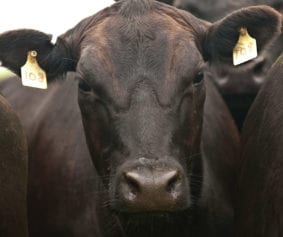 That guidance document stated that USDA would require the use of radio frequency identification (RFID) eartags on adult cattle and bison moved in interstate commerce beginning Jan. 1, 2023.

Representing the ranching group R-CALF USA and several of its members, Harriet Hageman of the New Civil Liberties Alliance (NCLA) filed a lawsuit on Oct. 4, 2019 in the federal district court in Casper, Wyo. alleging that the USDA’s RFID mandate was unlawful and seeking to declare the mandate null and void.

When the ranching group’s lawsuit was filed, the USDA’s guidance document remained prominently displayed on APHIS’ website at https://www.aphis.usda.gov/aphis/ourfocus/animalhealth/SA_Traceability.

Today, just days after the lawsuit was filed, the guidance document is gone.

R-CALF USA CEO Bill Bullard conducted a search for the infamous guidance document and could not find it anywhere on USDA’s website.  However, he did locate the document that had apparently been archived by the Government Printing Office. Although the guidance document cannot be accessed in its prior location on USDA’s website, it can still be accessed here:  https://permanent.access.gpo.gov/gpo120647/traceability.pdf.

After the ranching group filed their lawsuit, and before it was removed from the USDA’s website, on Oct. 8, 2019, President Donald J. Trump issued two Executive Orders that, among other things, attempted to stop federal agencies like the USDA from attempting to impose legally binding obligations on U.S. citizens through unlawful means, such as the use of guidance documents that were not created through a lawful rulemaking procedure.

The President’s Executive Orders gave federal agencies 120 days to compile a publicly available inventory of all the guidance documents that the respective agencies intended to keep and defend, regardless of whether those guidance documents were created pursuant to a lawful rulemaking procedure.

Hageman stated, “We hope that USDA’s removal of the ‘Factsheet’ from its website demonstrates that the agency acknowledges the strength of our lawsuit challenging its illegal effort at mandating RFID for livestock producers who seek to sell their livestock across state lines. Such a move would be a victory for the rule of law, confirm that “guidance” cannot be used to nullify a properly adopted regulation, and provide much needed certainty for the industry.”

Bullard stated, “When we filed our lawsuit we said we were drawing a line in the sand telling the USDA that our industry will no longer stand for the USDA’s blatant overreach and we are pleased that the President of the United States recognizes this as a serious violation of the rights and privileges of U.S. citizens, particularly American cattle ranchers.”

NCLA is a nonprofit civil rights organization founded to protect constitutional freedoms from violations by the Administrative State. NCLA strives through its  public-interest litigation and other pro bono advocacy to tame the unlawful power of federal agencies and to foster a new civil liberties movement. For more information, visit NCLAlegal.org or, call 202-869-5210.

R-CALF USA is the largest producer-only cattle trade association in the United States. It is a national, nonprofit organization dedicated to ensuring the continued profitability and viability of the U.S. cattle industry. For more information, visit www.r-calfusa.com or, call 406-252-2516.