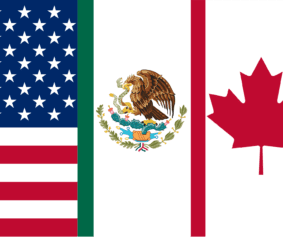 “The most important modernization that the USTR can make to NAFTA . . . is to require mandatory COOL for all beef sold in America . . .”

Washington, D.C. – R-CALF USA CEO Bill Bullard is scheduled to testify before a hearing of the Office of the U.S. Trade Representative (USTR) on Tuesday to discuss his group’s recommendations on how to modernize the North American Free Trade Agreement (NAFTA).

In prepared remarks submitted today, Bullard informs the USTR that the live cattle industry is the agricultural sector of the beef supply chain while the beef packers represent the supply chain’s manufacturing sector.

Bullard states the four largest beef packers that control marketing outlets for 85 percent of fed cattle sales are benefiting from NAFTA at the expense of the hundreds of thousands of disaggregated farmers and ranchers who comprise the agricultural sector’s live cattle industry.

He suggests that because of its size, prominence and distribution, the revitalization of the U.S. live cattle industry, which is the largest segment of American agriculture, is how Rural America could be made great again through the creation of new jobs and new revenue generation.

Pointing to the 25-year cumulative deficit of nearly $32 billion in the trade of cattle and beef with Canada and Mexico, Bullard asserts that America has been substantially weakened by NAFTA. Using findings from economic modeling and analyses, he estimates the average annual NAFTA deficit reduces America’s annual economic output by over $5 billion and costs America about 6,000 jobs each year.

His remarks provide data showing that contrary to industry claims that the U.S. imports low-value products and exports high-value products, imports from Canada and Mexico are comparable to U.S. exports.

Bullard states these imports are a direct and often, undifferentiated market substitute for domestic beef production.

“Indeed, in their lawsuit against COOL, the packers and the National Cattlemen’s Beef Association, and their counterparts in Canada and Mexico, argued that ‘beef is beef whether the cattle were born in Montana, Manitoba, or Mazatlán.’ This explains why the meatpacking industry supports NAFTA – it provides them with growing volumes of undifferentiated imports that they can use as strategic substitutes for domestic cattle and domestic beef to effectively lower the prices paid to U.S. farmers and ranchers for their cattle.

“When domestic cattle prices are going up, the dominant beef packers can shift their focus to imported NAFTA beef and beef from NAFTA cattle to reduce the demand for domestic cattle, thereby reducing the price of domestic cattle,” the remarks state.

“But American’s cannot choose to help support the American cattle industry by buying American beef under NAFTA because Congress repealed mandatory country of origin labeling (COOL) and the NAFTA rules of origin allow beef from Canadian and Mexican cattle to be deceptively labeled as a product of the USA.”

He states, “The most important modernization that the USTR can make to NAFTA for the U.S. live cattle industry is to require mandatory COOL for all beef sold in America at retail and to change the NAFTA rule of origin so only beef from animals exclusively born, raised and slaughtered in the U.S. can bear a USA label,”