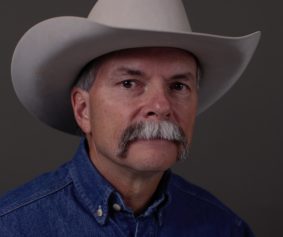 “Secretary Perdue just handed the entrenched, multinational trade associations and their high-dollar lobbyists a huge victory on the backs of hard working U.S. farmers and ranchers.

“The Secretary’s decision to take no further action on the proposed rule that would have, after 95 years, finally implemented the Packers and Stockyards Act’s (P&S Act’s) prohibitions against unfair and anticompetitive buying practices is deeply troubling.

“His action effectively insulates multinational meatpackers, like the crime-ridden, Brazilian-owned JBS corporation, from any liability for engaging in unfair cattle-buying practices. Perdue is granting these multinational meatpackers a license to retaliate against individual producers and engage in such unfair practices as giving preferential contracts to their favorite, corporate-aligned feedlots while subjecting independent farmer feeders to a highly volatile, ultra-thin, and dysfunctional cash market.

“The Secretary’s action ensures the continuation of Washington’s agricultural swamp.

“The agricultural swamp manifests itself as meatpacker trade associations that masquerade as producer associations. The two most strident opponents of the GIPSA rules were the National Pork Producers Council (NPPC), whose many meatpackers seated on its governing board helped eliminate 90 percent of America’s hog farmers in just the past 30 years.  The other aggressive opponent, the National Cattlemen’s Beef Association (NCBA), is governed by a board of directors that includes many of the world’s most powerful, multinational meatpackers, all of whom helped eliminate 40 percent of our nation’s cattle farmers and ranchers and 73 percent of our nation’s independent cattle feeders.

“We will call on President Trump to reverse the Secretary’s decision so the President can fulfill his campaign promise of putting the interests of America’s farmers and ranchers ahead of the interests of entrenched multinational meatpackers whose loyalties to America’s national interests are questionable at best.”

R-CALF USA (Ranchers-Cattlemen Action Legal Fund, United Stockgrowers of America) is the largest producer-only cattle trade association in the United States. It is a national, nonprofit organization dedicated to ensuring the continued profitability and viability of the U.S. cattle and sheep industries.