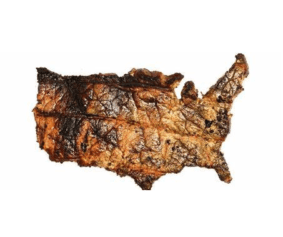 The documents contend that in each of the 15 states, the state beef councils are private corporations that have been keeping half of all the mandatory beef checkoff assessments collected within their states to fund their private speech.

The group is challenging this practice on the grounds that the First Amendment prohibits the government from compelling cattle producers and other citizens to subsidize private speech.

The remedy to this constitutional violation, according to R-CALF USA, is to allow producers in those 15 states to choose whether or not to fund private corporations. If producers choose not to fund their private state councils, their money should go to the government to fund its work on behalf of ranchers, which the Supreme Court has held is constitutional. This now occurs in Montana where R-CALF USA was granted a preliminary injunction in June 2017.

The court documents state R-CALF USA and its members are injured by the state council’s private speech because rather than promote consumption of domestically produced beef, which R-CALF USA believes will benefit its members, the councils promote beef regardless of how or where it was raised. The injury arises because the councils are not accountable to the public, meaning R-CALF USA cannot employ traditional lobbying techniques to advocate for change.

Another of the group’s objections is that the state beef councils send checkoff money to third-party entities that are likewise not publicly accountable and that use the money to support the consolidation of the cattle and beef industry, another outcome R-CALF USA opposes. In 2018, the Texas Beef Council, for instance, gave $2 million to the private Federation of State Beef Councils and U.S. Meat Export Federation. Other councils have donated to political advocacy groups like the Wisconsin Livestock Identification Initiative.

“The beef checkoff is eliminating opportunities for U.S. cattle producers to remain profitable by promoting foreign beef as if it were equal to domestic beef and by supporting corporate efforts to consolidate and control our industry. Our members said enough is enough and our plan is to put producers back in control of the checkoff, which our lawsuit helps accomplish,” said R-CALF USA CEO Bill Bullard.

“The court should grant this motion and bring relief to ranchers in these fifteen states. Independent producers of beef are currently being compelled to subsidize the speech of multinational corporations regardless of their wishes,” said Public Justice Food Project Senior Attorney David Muraskin, who represents R-CALF USA.

“Hopefully the unfettered misuse of U.S. cattle producer’s checkoff dollars by the state beef councils, many of which are closely associated with NCBA affiliated state cattlemen’s associations that fought to repeal country of origin labeling for beef, will be a thing of the past,” said J. Dudley Butler.