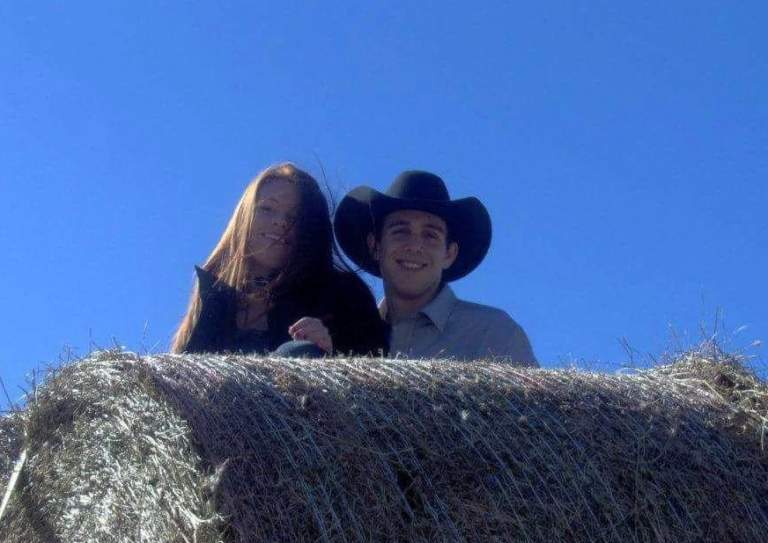 Stuart Beam along with his wife Natalie, own and operate Beam Farms in Rutherford County, located in the western foothills of North Carolina. At Beam Farms, they have many branches of a livestock operation; they have a commercial cow/calf herd, a stocker herd where they feed calves to customer order and to finish, and they are also in the hay business. Part of Beam Farms is operated on family land that has been in the family for almost three hundred years. In 1773 the King of England granted land to anyone who would go and settle the area. The 126 acres granted to Stuart’s family is still a part of the farm to this day. In the early days, the land was used for timber and for growing cotton and feedstuffs, and also for grazing livestock throughout the 1800’s and into the early 1900’s. In the late 1900’s Stuart’s grandparents converted the farm into a dairy.

“I never wanted anything else,” says Stuart, of raising cattle. Growing up he always helped his grandparents on both sides with farm duties. Being in the ranching and farming culture, rodeo was the only sport that he and his friends cared about, Stuart says that they worked, and they rodeoed. The cheapest way for Stuart to get into rodeoing was to buy rigging and start riding bulls. His passion for ranching and rodeoing led Stuart to Texas where he had the opportunity to work for a large ranch and ride bulls after high school. In 2011, some family land came up for lease, so he moved home and at the age of 21 he started his own cattle herd from scratch. Stuart says that everyday he questions whether or not he is making the right decisions to keep his ranch profitable and sustainable, but that he never questions his choice to start ranching.

Since 2011, Stuart has witnessed, like any cattle producer, markets reach records highs and plunge to lows, never returning to those highs. This is disheartening for any rancher but could force a newer or less dedicated one to a new profession. Stuart, who is also the president of his county Cattlemen’s Association and on the Board of Directors for the North Carolina Cattlemen’s Association, says that there are two things that keep him going, one is that he wants to preserve the land so that future generations can enjoy and use it as well. The other reason is that Stuart hopes to be able to be able to give his future children at least a fraction of what he has experienced in his life. The experience of raising cattle does not always evoke peaceful memories, but Stuart says that raising cattle could be described as peace on earth. We have to look at the good times, he says, and when you walk out in the evening when the wind has died down and you look out and see your cattle in the evening light, that is peace on earth. And that is the experience that Stuart hopes to pass down to his children, the rewards of raising cattle, not the financial, but the moments where they are paused and enjoy the fleeting moments of peace on earth.