Imports of Cattle and Beef Hit Historical High in 2020

Imports of Cattle and Beef Hit Historical High in 2020

Billings, Mont. – The U.S. Department of Agriculture’s (USDA’s) recently released cattle and beef trade data for December provide the whole cattle and beef trade picture for the 2020 calendar year. According to R-CALF USA, the volume of imported beef, cattle, beef variety meat and processed beef hit an all-time high of nearly 2 million metric tons, or about 4.4 billion pounds in 2020.

The USDA’s recently updated data also show the average price of fed cattle in 2020 was just under $1.09 per pound, while all-fresh retail beef prices averaged about $6.39 per pound, the highest yearly average all-fresh beef price in history.

Bullard explained that these data inform both cattle producers and consumers that importing record volumes of cheaper, undifferentiated beef and cattle does not correlate with lower consumer beef prices, but it does correlate with severely depressed domestic cattle prices.

“With that knowledge, both cattle producers and consumers should be calling their congressional delegations to tell them America must put a stop to failed trade policies that promote cheaper imports at the expense of American cattle farmers and ranchers on one end of the food supply chain and American consumers on the other,” Bullard said.

“And that’s well below the 30-year average. In other words, for 30 years we’ve imported well over 1.5 pounds of beef for each 1-pound exported.

“Imagine how much stronger our domestic food supply chain would be, and how many more opportunities U.S. cattle farmers and ranchers would have if America stopped displacing the production of our American family famers and ranchers with billions of pounds of foreign beef and cattle,” Bullard concluded. 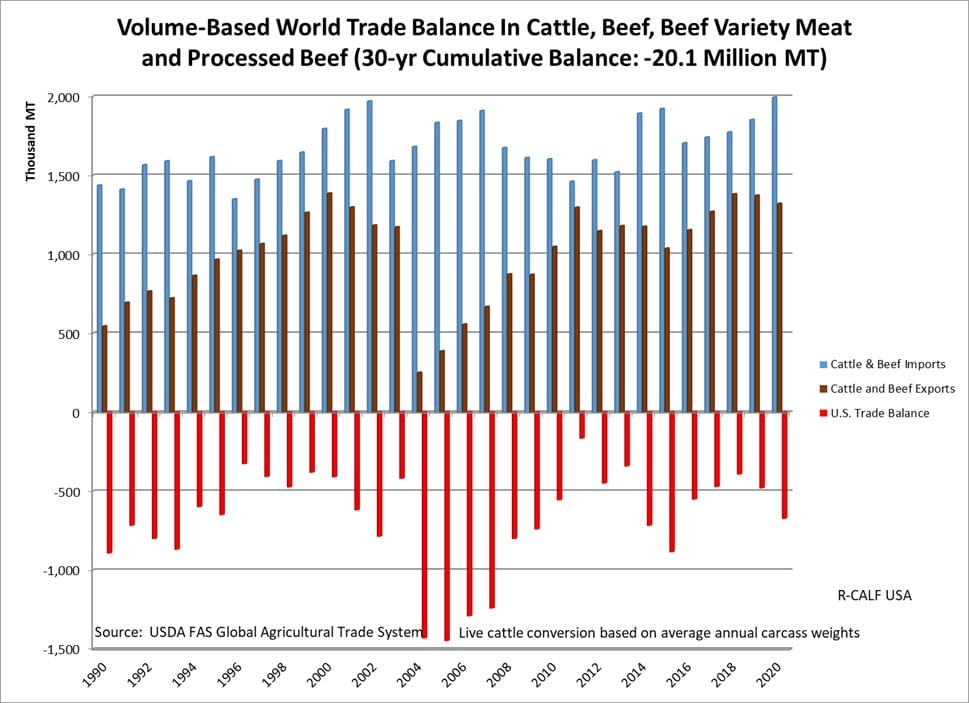