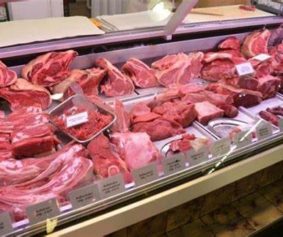 Billings, Mont. – Today, R-CALF USA CEO Bill Bullard issued the following statement regarding President Trump’s recent announcement that he would “expeditiously schedule a technical visit” by the U.S. Department of Agriculture (USDA) as a means of lifting restrictions on the importation of fresh or chilled (fresh) beef from Brazil.

“President Trump’s capitulation to Brazil’s demand that the U.S. quickly resume fresh beef imports is a classic example of politics trumping science. Decades ago, the USDA Food Safety and Inspection Service (FSIS) declared Brazil’s food safety inspection system to be equivalent to that of the United States and Brazil was limited to export only pre-cooked beef as a precaution to prevent the introduction of the dangerous foot-and-mouth disease (FMD) into the United States.

“Despite strong evidence to the contrary, the USDA Animal and Plant Health Inspection Service (APHIS) determined in 2015 that Brazil was free of dangerous foot-and-mouth disease (FMD) because of Brazil’s FMD vaccination program. This opened the door for Brazil to begin exporting fresh beef to the United States.

“Then Agriculture Secretary Tom Vilsack applauded this news and welcomed the first shipments of fresh Brazilian beef to the U.S. in September 2016. United States cattle prices tumbled throughout 2016 in anticipation of and in response to Vilsack’s pronouncements.

“In a purely political move, Purdue did not revoke Brazil’s equivalency determination. In other words, despite the widespread corruption involving Brazil’s food safety systems, and despite repeated failures to address FSIS audit findings over nearly two decades, the U.S. Secretary of Agriculture continues to recognize Brazil as having a food safety system equivalent to that of the United States.

“At best this makes a mockery of the U.S. equivalency standard for foreign food safety systems. At worst it subjects the U.S. cattle industry to a clear and significant danger of FMD introduction and consumers to unsafe beef for which there will be no origin designation due to Congress’ repeal of mandatory country-of-origin labeling.

“At the stroke of a pen, a politically motivated FSIS auditing team, acting on behalf of President Trump, can lift the flimsy restriction on Brazilian fresh beef imports that Purdue was forced to implement. There will be no rulemaking, no independent scientific analysis, no public comment.

“If the restrictions are lifted, the decision to do so will be as political as the decisions made by the previous administration.

“This means the only meaningful protection available to U.S. cattle producers against the introduction of FMD and to U.S. consumers against consuming unsafe beef will be sheer luck.”