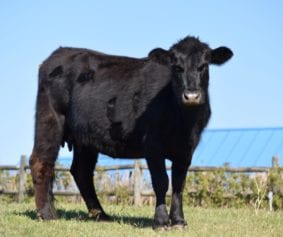 The following is an Op-ed by R-CALF USA President Bryan Hanson:

Contrary to Mr. Stomprud, R-CALF USA is not aligned with the HSUS or PETA. We receive no money from them nor do we collaborate with them. We retained an attorney employed by Public Justice for our checkoff lawsuit. Our attorney receives no money from those groups. R-CALF USA alone developed its lawsuit strategy with its attorney, David Muraskin.

Mr. Stomprud’s attack is nothing more than an in-the-gutter smear campaign.

Cattle producers have no recourse when their checkoff dollars are used to promote Wendy’s, Pepsi, or the World Wildlife Fund (WWF), which is a global environmental group advocating for reduced beef consumption in high-income countries.  Nor do they have recourse when their money is sent directly to the Federation of State Beef Councils (Federation), which is owned and controlled by the National Cattlemen’s Beef Association (NCBA). We know this is going on.

State beef councils keep half the $80 million checkoff dollars collected from producers. When we learned the Montana Beef Council was sending nearly $300,000 of Montana checkoff dollars to help fund the pay-to-play scheme devised by the NCBA at its Federation, and that checkoff dollars were used to promote the Wendy’s corporation, along with partnering with the Global Roundtable for Sustainable Beef (GRSB), we set out to find the answer.

In our lawsuit, the courts stated that forcing cattle producers to fund private speech is a violation of the U.S. Constitution. The remedy is to give cattle producers the choice over who will spend the half of their money now held by private state beef councils.

Montana cattle producers can now hold their state beef council accountable. If they disagree with where their money is spent, they can withhold it and send it all to the federal program where it will not be used by the NCBA’s Federation. If they approve, they can continue funding their state council.  Producers have the choice!

Bryan Hanson is a cattle producer, co-owner of Fort Pierre Livestock, and president of the board of R-CALF USA.