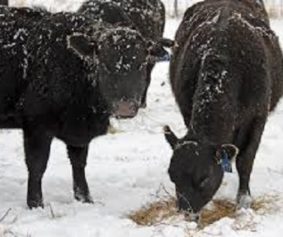 Madison, Wisc. – At the competition roundtable held Friday at the University of Wisconsin School of Law, R-CALF USA CEO Bill Bullard told experts in antitrust and regulation that time is running out to stop multinational beef packers from capturing the U.S. live cattle supply chain away from independent cattle producers.

Sponsored by the American Antitrust Institute and the University of Wisconsin Law School, the competition roundtable, Food and Agriculture at a Crossroads:  Setting Competition Priorities to Protect Producers, Consumers, and the Supply Chain, focused on major competition issues involving concentrated food and agricultural markets.

Bullard was a presenter on the panel discussing packer market power and he explained that lack of enforcement of U.S. antitrust laws and laws prohibiting anti-competitive conduct is fast destroying the cattle industry’s competitive marketing channels.

He said the U.S. recently lost 25 percent of its local livestock auction yards and 75 percent of its independent feedlots. In addition, he said, nearly 80 percent of all beef packing plants in business in 1980 have disappeared.

“When we lose our industry’s competitive marketing channels, it’s game over,” Bullard said adding, “The cattle industry is the meatpackers’ last frontier and they’re now doing to our industry what they’ve already perfected in the poultry and hog industries.”

Bullard said the way to protect the cattle industry’s marketing channels, which will preserve the independence of U.S. cattle producers, is to immediately and vigorously enforce our U.S. antitrust laws and the Packers and Stockyards Act.

“The fact that this roundtable was so well attended suggests there is a heightened awareness among regulators and policy shapers for the need to begin protecting competition in the cattle industry.  Let’s hope they’re not too late,” Bullard concluded.