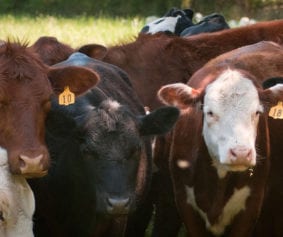 Billings, Mont. – Today, R-CALF USA CEO Bill Bullard issued the following statement regarding Wednesday’s announcement by the U.S. Department of Agriculture (USDA) that it would investigate beef pricing margins in the aftermath of the August 9 fire that shut down the Tyson beef packing plant in Holcomb, Kansas.

“Like others in the industry, R-CALF USA has been very concerned by the packers’ market activity following the fire at Tyson’s Holcomb, Kan. plant, and the impact that activity has had on cattle producers across the country. It therefore welcomes the USDA’s announcement that it is investigating the packers’ conduct in the aftermath of the fire. While the industry awaits the outcome of that investigation, R-CALF USA will continue to fight alongside producers to ensure a competitive American cattle market.

“That case is pending before the federal district court in Minnesota.”