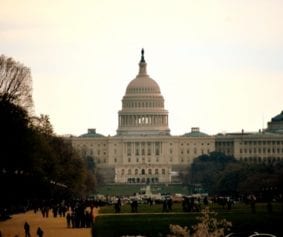 The bill was previously introduced during Congress’ 2017-2018 session, and was referred to the Committee on Agriculture, Nutrition, and Forestry. This year’s reintroduction will ensure the measures are again considered by the full Congress.

R-CALF USA CEO Bill Bullard said his group welcomes the bill because it imparts accountability and transparency to the beef checkoff program. He said approximately one-half of the current cattle tax, about $40 million dollars, flows to the National Cattlemen’s Beef Association (NCBA), a lobbying group that represents some of the world’s largest multinational meatpackers along with some cattle producers.

“Cross-subsidized by the current beef checkoff program, the NCBA lobbies against cattle-producer initiative on the basis that it does not want the government involved in the cattle industry. Yet, the NCBA is the single-largest benefactor of the $80 million government-mandated cattle tax that funds government speech.

“This outcome isn’t what U.S. cattle producers bargained for when the checkoff was first started in the late 80s,” Bullard concluded.

“The voluntary bill, S. 934, will allow producers to vote freely with their pocketbooks regarding whether they are individually satisfied with the checkoff’s performance,” said Bullard.