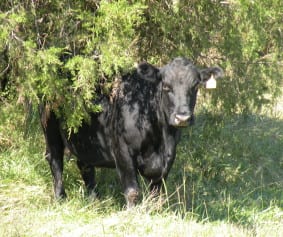 Billings, Mont. – In their complaint filed yesterday with the U.S. Senate Judiciary Committee, R-CALF USA and its Ohio affiliate, Buckeye Quality Beef Association, request an investigation into the events surrounding the delisting of the JBS-owned beef packing plant in Souderton, Pa., last fall.

The complaint states that beginning Oct. 25, 2017, the U.S. Department of Agriculture (USDA) temporarily delisted the JBS-owned Souderton, Pa., beef packing plant due to purported rat sightings. JBS is one of only two major cow and fed cattle buyers in the Northeast, with Cargill owning the other plant in Wyalusing, Pennsylvania.

However, when JBS withdrew from the market, Cargill no longer had any meaningful competition and cow prices began to fall, allegedly causing substantial harm to Northeast cattle farmers and ranchers. The complaint states that while cattle prices were falling in Pennsylvania, they were on the rise in the rest of the United States.

The groups compared this recent episode of market failure to that identified in 2010 in the Texas/Oklahoma/New Mexico region where it was reported that for 18 weeks of the year the region had only one cattle buyer and for 4 weeks there were none.

“The two identified incidents of market failure provide persuasive evidence that the United States’ beef packing industry has now achieved a level of marketplace concentration that allows them to destroy competition, either individually or in concert, within several cattle marketing regions in the United States,” the groups wrote.

The complaint alleges that Cargill enjoyed a windfall and also likely violated antitrust laws or engaged in unfair or deceptive practices by scooping up cattle at prices it knew or should have known were manipulated below fair market value because there was no meaningful competition.

Cargill’s role in the Northeast’s market failure incident is one of eleven specific issues the groups want investigated.

While a complaint of this nature involving meatpacker conduct in the marketplace would typically be filed with the USDA, R-CALF USA CEO Bill Bullard said that agency is now a toothless tiger.

“Secretary Perdue unilaterally disarmed his agency when he threw out the so-called GIPSA rules that would have afforded him the tools to enforce anticompetitive conduct in the marketplace,” said Bullard.

“As it stands today, the U.S. Senate Judiciary Committee may well be the last governmental body that can help us restore and preserve a competitive marketplace for U.S. farmers and ranchers,” he added.