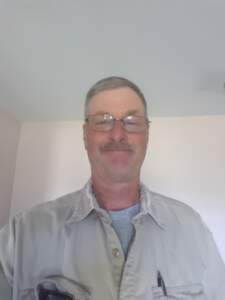 I’m a first-generation cow-calf operation in Eastern Ohio. I started with absolutely nothing and happy to say that I still got most of it. I retired after 35 years as a Journeyman Wireman with the International Brotherhood of Electrical Workers (IBEW). Being a member of the IBEW is what being a member of R-CALF USA is to the cattle industry: representation.

Being young and naïve, in the early 2000’s I was a member of the traditional state and national cattlemen’s associations. Falling deep into their hypnotic spell about carcass, mandatory animal identification, and The Packers and Stockyards Act (PSA), my thoughts were that the state and national associations had my back and knew exactly what they were doing.

In the mid 2000’s a morning farm show had an ad for the state cattlemen’s association sponsoring a debate with R-CALF USA CEO Bill Bullard on issues of Mandatory Country-of-Origin Labeling and the PSA. The next morning the same farm show reported that there would be no debate and it was a total misunderstanding. Two months go by and the state association’s ex director shows up at a county cattlemen’s meeting, I ask about the debate and she told me that the National Cattlemen’s Beef Association (NCBA) told her under no circumstances to debate R-CALF. That incident set the wheels in motion for my own investigation into who was really supporting the cattlemen in this country.

In 2006 I attended a beef symposium sponsored by the state association and the Ohio Beef Council and I couldn’t believe what I heard during the two-day conference: Professors saying that in 20 years sale barns will be obsolete, vertical integration will be the norm, cow/calf operators will have to prove themselves with an abundance of carcass traits, and policies like the Beef Quality Assurance (BQA) will pay dividends. Fifteen years later and nobody’s paying for my carcass Expected Progeny Differences (EPDs), sale barns are still operating and anyone that doesn’t have BQA is getting docked. When an organization that represents you is against policy that puts real money in your pocket, who are they really representing? The IBEW represented me, not the contractor or the supply houses and yet everyone made money. R-CALF USA represents the cattle producers in this country, not the multinational beef packers or their corporate entities. This is why I belong to R-CALF.