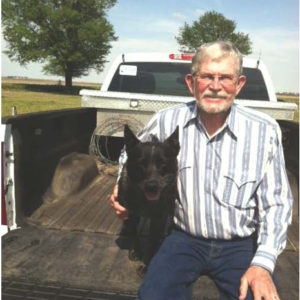 ill Adams is a small cow-calf producer in Lonoke County, Arkansas, located in the Grand Prairie region of the state on the edge of the Delta. He is the tenth of eleven siblings born and raised on a small cotton and cattle farm just a mile from the farm he and his wife, Patti, and dog, Coalman, live now.

After working as an industrial mechanic for 25 years, Bill is now a full-time cow-calf producer. They raise red and black commercial Angus/ Herford.

Bill was a board member for the Arkansas Cattlemen’s Association for many years and was concerned about the Arkansas Cattlemen’s Association’s and their national affiliate, National Cattlemen’s Beef Association’s (NCBA), position on issues important to small, independent producers. He joined R-CALF USA in 2003 because of R-CALF USA’s support of U.S. independent cattle producers during the Canadian border closing as a result of mad-cow. It became evident to Bill that we needed an organization like R-CALF USA to fight for us on other issues such as animal ID, Country of Origin Labeling, and fair trade and marketing. “I understand the hardship mandatory electronic animal ID would cause for small, rural producers in my state and I believe consumers have the right to know where the beef they serve their families comes from, “ said Bill. “It is not about being a protectionist; it is about supporting independent U.S. cattle producers and family farmers. We cannot allow what has happened to chicken and hog farmers happen to us. Our Region XII is made up primarily of small and mid-size cow-calf producers and the NCBA and their affiliates do an excellent job of representing the best interest of meatpackers and corporate-type producers, but I’m thankful that we have R-CALF USA looking out for our best interest.”