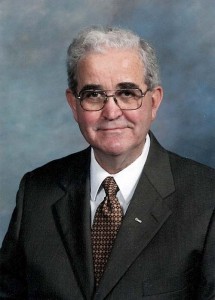 I lived in the same house all my life. The house was built in 1795. I farmed for 50 years and was a commodity broker for 26 years.

I worked for Farmers Union for seven years as Executive Secretary of Pennsylvania, and was on the Farmers Union National Board. I belong to Lancaster County Speaker’s Bureau and give talks on Commodities. I was President of the Penna Young Farmers in 1967, and also was instrumental in starting the Nation Young Farmers Association.

I always believed in Farm Cattle Markets where the price is established for cattle. However, more and more cattle are being sold directly to the Beef Packers.

Last but not least, my wife and I were married for 53 years. I have five children and 12 grandchildren.