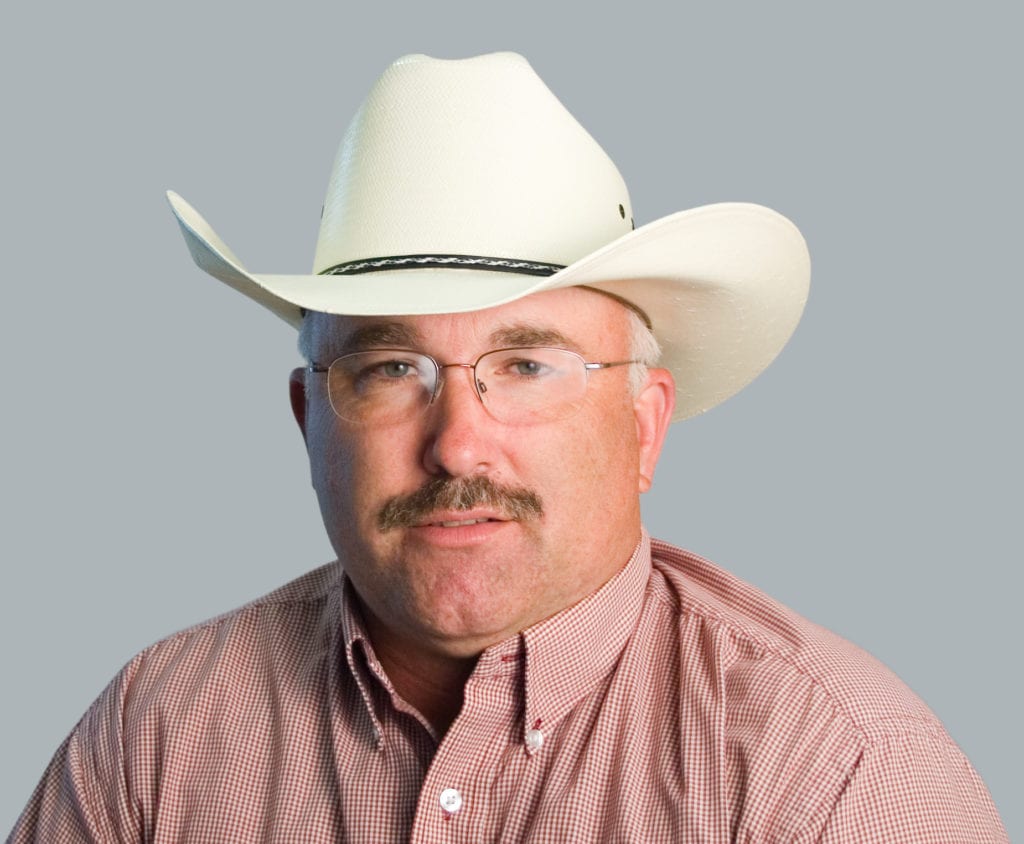 I am a 59-year-old farmer/feeder and rancher from Moville, Iowa which is near Sioux City in northwest Iowa. I, along with my wife Carol and family operate in Woodbury, Plymouth, and Cherokee counties where we have two feedlots, a cow-calf operation, raise crops and operate a commercial farm seed business.

I grew up in neighboring Cherokee County, Iowa near Marcus where we still operate the feedlot and farm my great-grandfather bought in 1920 and where I was raised. I am the fourth, my sons Mark and John, and grandsons Roy and Charlie Bob are the fifth and sixth generations in this operation. I graduated from Iowa State University in 1984 and Carol, a Nebraska native, and I were married in 1989. We have been blessed with 5 children, three daughters-in-law, and three grandchildren.

We feed out our own raised cattle and purchase feeders, mainly from western sources. I’ve been an R-CALF USA member since 2001and served on the R-CALF USA board in the early 2000’s. In 2006, I and a hand full of concerned cattlemen helped start Independent Cattlemen of Iowa, formed to lobby on issues important to the Iowa cattle industry. I am currently a plaintiff in the antitrust lawsuit that I and three other cattle producers together along with R-CALF USA filed against the Big 4 meatpackers in April of 2019.

R-CALF USA is steadfast on its work on competition, country-of-origin labeling (COOL), and total transparency. Without COOL, additional competition and total transparency in the beef packing industry, as feeders our ability to squeeze out a margin becomes tougher and tougher. A vibrant cattle industry is vital to all of agriculture, rural communities and to the entire nation. I am honored to serve as R-CALF USA Region VII Director and will continue to work diligently on these and other important R-CALF issues.